We uncover the ‘secrets’ behind what makes a board game that people love to play again and again. It may not be what you think! 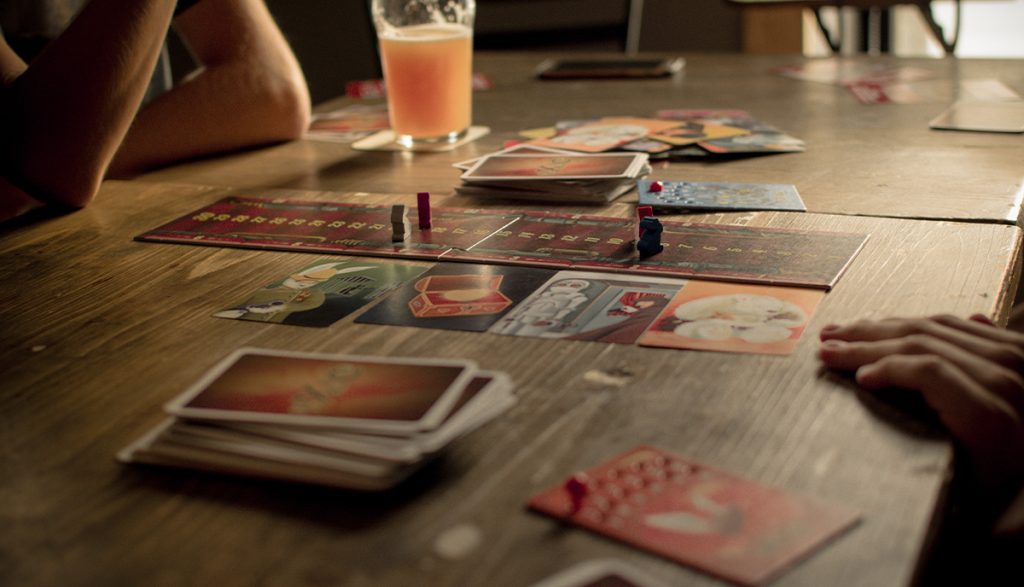 You won’t need to search far online to find plenty of blog post, podcasts, eBooks, and more about how to design and develop a board game. Much of the material is useful and well-informed. The best is excellent — we have our own ongoing series of in-depth articles and ‘quick-start’ guides here. And the worst is misleading and confusing.

So, how do you do that? What’s the “secret” that makes the difference between a successful game and one that sinks without trace? That’s what this post is about: what makes a good board game.

But let’s be clear about one thing. There is actually no secret. Just good sense. There’s nothing mysterious or magical about good board game design. It can all be learned once it’s understood. And once learned, it can be repeated. That’s how successful game developers reach the top: by learning what makes a good game and then making good games on repeat!

Now think of a joke. Not a one-liner, but the kind that has a bit of a story to it leading up to the punchline. Have you ever been at the table after a dinner party when everyone’s drinking their coffee and liqueurs or in the bar sinking a few cool beers and someone starts to tell a joke? Now, two things can happen: either everyone will stop chatting, captivated, and then all roar with laughter at the end; or the listening will be merely polite and the laughter minimal, mostly to cover embarrassment.

With the exact same joke to tell, one guy could get the first reaction, while another would get the second. Why? Because the first guy is a good storyteller, understands how to use their voice and intonation, chooses the right words, and has a good sense of comic timing. The second poor fella has none of those skills and relies on the bare mechanics of the joke to get the laugh.

If you read the other posts on this blog about game design and development, you’ll often find that we compare board games to literature or movies. It’s not just because we believe that games are an art-form — which we do — it’s that as we also work with independent authors, and we see the similarities. Board games are kind of like the old “choose your own adventure” books. They’re stories that the players can influence and take part in.

But the storytelling factor isn’t independent of the five core elements that make up any board game: the idea, the theme, the objective, the mechanics, and the rules. The storytelling works when these elements are combined harmoniously to create a lived imaginative experience in the players which goes above and beyond the sum of their parts.

The idea of a board game is fundamentally a simple concept. For example, the idea may be to get from A to B; occupy a given space; collect a set of cards; eliminate other players; solve a puzzle; and so on. Dozens of different games could all be built around the same game idea. It’s the way the idea is told, the way it’s expressed, that makes the difference. Think of any crime mystery novel from Sherlock Holmes to whoever is the latest popular TV detective. The basic idea is always the same: someone has been murdered and the detective must find out who committed the crime. But the way each writer unfolds that idea makes for a new, exciting story every time.

Every good board game clothes the idea — which is always more-or-less-abstract — in a theme. The theme is vital to the storytelling aspect of good board game design. For example, a game whose core idea is to get from one side of the board to another takes on a whole new level of interest and meaning once they’re pirates racing to the treasure island or knights to rescue the princess or chickens running to get back to the coop before nightfall. The game theme adds color, atmosphere, and an imaginative context to the story the game tells. Even in chess, the fact that the pieces are Kings, Queens, Knights, Bishops, and so on adds contextual flavor to what is essentially an algorithmic puzzle.

In the same way that the theme interacts and integrates with the idea to make it more imaginatively exciting and compelling, it also influences the game’s objective. The objective — or to be more precise, the state needed to achieve it — is known as the “win condition”. The theme, which is the fulcrum of the storytelling aspects of any game, colors the win condition, too, and makes it much more desirable and valuable than its essential abstract reality. Getting to a square on a board becomes a daring rescue, the acquisition of wealth beyond the dreams of avarice, saving the world, or getting back home with the magic needed to rescue the village, for example.

In fiction, the protagonist’s story is only as interesting as the problems they must overcome. Every protagonist must have an antagonist to provide the challenge, the conflict, the friction, and the uncertainty that makes the story gripping. That antagonist may be a classic “baddie” or an internal psychological struggle, or a force of nature, or anything else. The point is that the antagonist both pushes the hero or heroine forward to achieve their goal — by making it urgent that they do so — and at the same time litters the road to success with obstacles that make achieving the goal much harder.

It’s the same with a good board game. But in the case of the board game — even when, in a fantasy role-playing style game, say, the antagonist is personified as a wizard or a monster — the antagonist is embedded in the mechanics. The mechanics make the objective possible, but they also restrict the players’ possibilities so as to make it harder to achieve. This tension, this conflict, built into the mechanics of a game — when it’s done well — adds the kind of edge-of-your-seat engagement which is all part of storytelling and essential to making a good board game, too.

Finally, we come to the rules. The rules are rather like the grammar and syntax that govern the use of the language used to tell the story in a novel. They regulate the actions made possible by the mechanics and ensure that everyone has a fair chance at success. They introduce choices into the game play. And above all — like grammar and syntax in language — they make the game intelligible, ensuring that all the other elements work together in harmonious balance to produce the desired effect: a fun, engaging, satisfying game experience.

You can develop a good board game, too

You’ll need to learn and practice all the essentials of board game design and development, of course. Read the blogs, listen to the podcasts, study the books, and play a ton of games. Go to events and conventions, observe and ask questions. But when you come to design and develop your own games, remember how important it is that your game should have a meaning beyond the sum of its parts. So, give a lot of thought to the story your game wants to tell. It’s the magic fairy dust that turns a game much like any other into a runaway success.

Once you’re ready to publish your game, talk to us. We don’t only print game boards and boxes but manufacture all the components you could possibly need from multi-sided dice to custom miniatures. We love games and we love helping independent creatives like you to bring their games to the table. We look forward to helping you become your own success story with a beautifully made, state-of-the art board game.