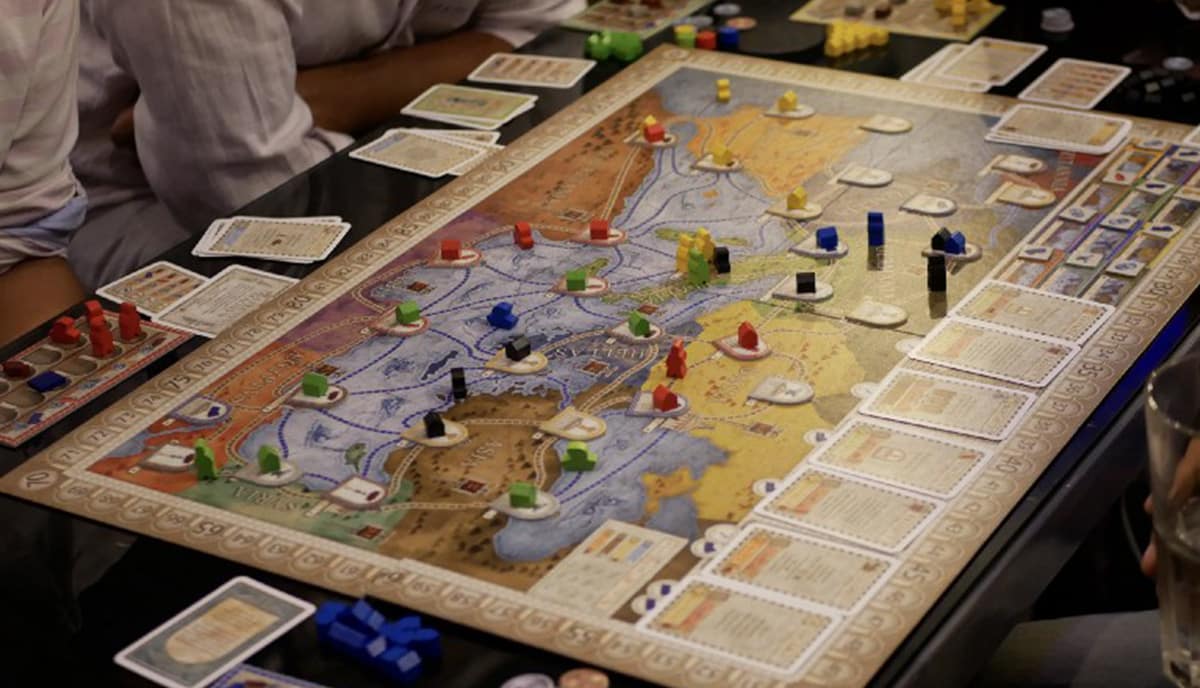 Photo by Karthik Balakrishnan on Unsplash

Board games should be simple to understand and play, so that players don’t need to spend hours learning complex rules or break the flow of play to consult a hefty, family-bible-sized rule book. But that doesn’t mean that they are simple to design! In fact, the easier and more immersive the game experience is for the players, the more likely that the designer has put in months of detailed development and testing into every aspect of the game’s design.

While there are literally thousands of good board games on the market — and new ones are added every year — most share certain fundamental design factors in common. When we’re learning how to make a good board game that players will enjoy and in which a publishing company might invest, we tend to separate them out and analyze them individually. And that’s fine for getting to grips with what goes into a board game to make it work. But the truth is that no one element of a board game’s design is ‘the thing’ that gives the players a positive gaming experience.

All the varied aspects of design and structure in a board game combine together, are interdependent, and contribute collectively to the player experience. Here’s a quick list of the main aspects of a board game that you’ll need to consider when designing your own board game. Always bearing in mind that while we list them this way for ease of understanding, they all mesh and work together like the organs — heart, lungs, nervous system — in your body: each is distinct but can only work when connected up to the whole.

Now, that’s quite a lot to consider, isn’t it? And if you’re not already very familiar with the principles of board game design, it may not all seem immediately clear, even if you’ve been a keen game player for many years. In any case, you don’t need to think about all of it at once. At least, not yet. In this post, we’re going to focus on one super-important aspect of game design: theme.

Why is theme important in board game design?

Theme is vital to any good game. And getting the theme right is one of the most important aspects of creating a board game that people will love to play. You might have noticed when we listed theme in the list above that the descriptive examples of the themes that we gave are also genres of fiction; types of popular stories such as fantasy, historical, mystery, and so on. That’s no accident. There’s a reason for it and it’s essential to understand this if you want to make a great board game.

Have you ever read a fiction book or watched a movie? Sure, you have. Think back to the last book or movie that you really enjoyed; one that left you aching with loss when it was over; that you recommended to all your friends; that you read or watched again and again. Now, while you were reading that book, were you analyzing the story structure? Were you concerned with the grammar and syntax? Were you busy deconstructing the plot dynamics? When you watched that movie, were you noting every camera angle? Did you count and time the scene changes? Did you critique the cuts? No! In either case, you were utterly engaged in a powerful, immersive, emotional experience.

In the same way, the mechanics of a game — which are comparable to the grammar, syntax, and plot structure in a novel — should be invisible. Players don’t love games because of their mechanics. They love them because they get carried away with the experience. Because they’re fun.

Choosing the right idea matters; selecting and implementing the best choice of mechanics is vital; combing the right components is essential; devising a balanced set of rules is fundamental. Yes. But none of it will lead to an immersive gaming experience without a powerful, well-chosen theme.

Think about a race game. All race games have the same basic idea: players start at position A and must get to position B as soon as possible. So, add some simple mechanics and necessary components to the idea: let’s say a squared board, a couple of meeples, and a pair of dice. The mechanics are turns and movement across the board counting squares indicated by a dice roll. The rule is that players take turns rolling and moving. The player who gets their meeple from one side of the board to the next first, is the winner.

This game, let’s call it “Race!” has all the essential elements of a functional board game:

Would it work? Yes, it would work great. Would it be fun to play? Um… seems a bit boring, actually! What’s missing? Theme. The imaginative context, the story element.

You could add more mechanics; maybe penalty squares, quiz cards, and points to collect en-route. You could enhance the components; perhaps use miniatures rather than meeples, tokens that players collect as they cross the board. Why not complicate the win condition so that to win a player must not only arrive first, but do so with one gem of each color in their basket? Add a few extra rules… but the game would still only be functional. It wouldn’t be interesting. It wouldn’t be fun.

Why board games need themes

The game needs a theme to transform a mechanical race into an immersive experience. So, lets’ see what happens when we add a theme. And keeping the same basic idea, mechanics, components, and rules, we could add a number of different themes. For example:

Now, you can see how suddenly, with the addition of a theme, the same basic game opens up a world of imaginative involvement. Of course, it doesn’t stop there. Once you’ve got a theme for your game, it will inspire development of other elements, too. For example, with our fantasy theme above, you might want to add non-player characters such as the wizard and maybe a guardian dragon; perhaps a combat mechanic so that each knight doesn’t need only to get to the tower, but once there, fight the dragon; so, then, you’d need to introduce new rules governing combat, and so on. The theme will also change the components. Perhaps RPG-style miniatures would be better than meeples, and the artwork and printing would reflect the fantasy genre.

But the point we want to make in this post is that without a theme — whatever your idea, mechanics, components, and win condition — your board game will likely be dead in the water. So, always think about your board game’s theme. Take time to play with different themes and pick the one that best suits your game. It can make all the difference between success and failure when designing your own board game.

When you’re ready to produce either a professional-level prototype of your game — including a printed board, all the components, and a rule book, all presented in a beautiful custom-made box — or order a batch to take to market, get in touch. We’ve been in the business for decades and pride ourselves in our high-quality production values, attentive customer service, and competitive pricing. We love board games, too, and can’t wait to help you bring yours to life! Let’s talk.