So, you want to design your own board game? Then read this easy introduction to what you need to know to get started 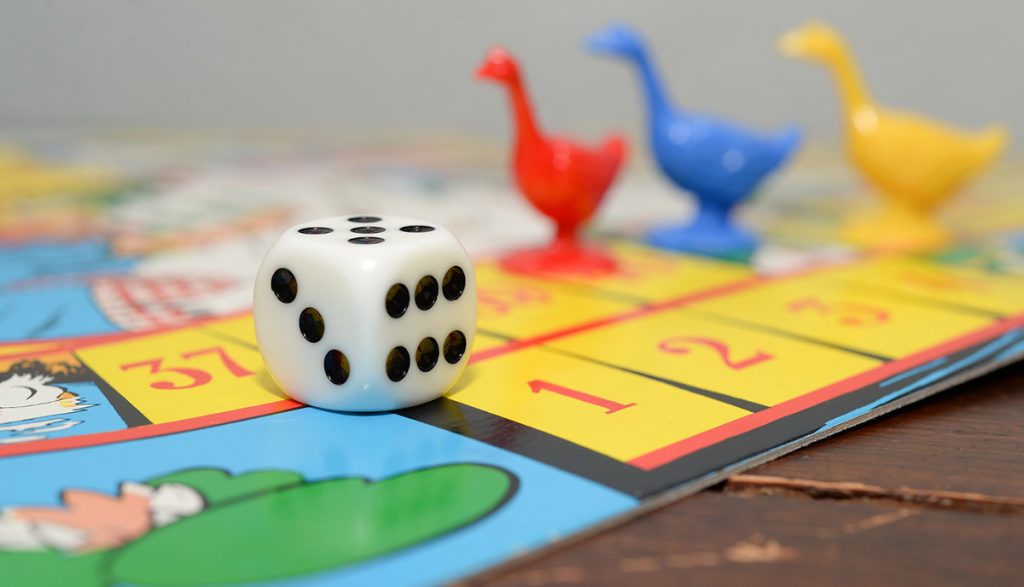 Image by Rudy and Peter Skitterians via Pixabay.com

Making a board game — from getting an idea, developing a theme, working out the mechanics and rules, choosing and designing the components, determining the win condition, and more — is a complex task. But like many complex tasks, once you break it down into smaller steps, you’ll find that it’s all doable. We have a lot of expert articles here on every aspect of board game development which cover everything you need to know: from deep dives to quick guides, you’ll find what you’re looking for here at QinPrinting.

But before you get started, it’s good to have a ‘broad-strokes’ view of what’s involved, how long it may take, and some of the rookie errors to avoid to make sure your experience learning how to design and develop your own board game is as smooth, successful, and as much fun as possible. And that’s what this post is all about.

While you could have all kinds of reasons for wanting to create your own board game, most of our clients look to set up a crowdfunding campaign — usually on Kickstarter — and self-publish their game for profit. For that reason, the focus of this post is on that aim. But you’ll still find it useful even if you don’t have commercial ambitions. The core principles are the same across the board—pun intended!

First up, let’s deal with the fundamentals, the most basic questions of all. Like, what is a game? And more specifically, what is a board game? You may think the answers obvious, but if you can’t formulate a succinct, clear answer, how can you be sure that you really know what a game is?

What is a board game?

A game played on a board! Okay, very smart. But not nearly enough. You see, to really understand how to create a good board game, we’ll need to dig down a little deeper to uncover what makes a game recognizable, what makes it work, and what makes it a thing people choose to spend the precious moments of their lives doing. We won’t bore you with the dictionary definitions: Merriam-Webster, Collins, Harvard, and Oxford; they’re all freely available online or in your local library.

So, the “official” definitions you can discover for yourself. They don’t really matter to us. What really interests us here, is what we might call “the gamer’s definition”. Now, to get to that definition, we need to line up the five interrelated aspects of a board game that are necessary for it to function, to be what it is.

To have anything you can really recognize as a board game, it must involve all of these aspects. Take one away and the game would no longer work; no longer even be a board game. Think about it:

So, this definition is very important. Why? Because it reveals the core elements that you’ll need to make sure you include when you’re designing and developing your own board game. They can be summed up in terms that may be more familiar:

It’s the last factor which makes a board game a board game and not some other kind of game. While there’s a cross over with other game types — especially other tabletop games, which are not the same thing even though the terms are often used interchangeably — a board game is instantly recognizable and easily distinguished from any other kind by the fundamental factor of the board.

Mainstream vs independent board games

The world of board gaming can be divided into two main categories: mainstream family and party games and independent games. Everyone is familiar with the mainstream board game industry. They’re the companies like Mattel, Hasbro, and Ravensburger who publish and distribute “household name” games such as the classics Monopoly, Clue, Risk, Scrabble, Trivial Pursuit, Ludo, and the rest. These are available in the major stores and heavily promoted with traditional advertising campaigns especially during the run up to the holidays, for example.

On the other hand, unless you’re a keen gamer — and you probably are if you’re reading this! — you may not have heard of even the most famous, bestselling independent games such as Pandemic, Dominion, Magic: The Gathering, Mysterium, Hive, or Terra Mystica. Still less, Gloomhaven, Scythe, or Lost Cities. But if you check out the gaming forums, blogs, and podcasts — not to mention your backstreet independent game store — you’ll discover literally hundreds, even thousands, more.

It’s with the independent board game world that we’re concerned here. These are games which come up from the grass roots community of passionate players and game designers and developers grounded in that community. These are people — like you — who are driven by passion, excitement, and a sheer love of board games. Most of the games are crowdfunded — primarily on Kickstater as it’s become the go-to resource for the board game community — and distributed to backers, sold directly through independent websites, or through small, local game stores.

Why do people play games?

And this brings us to another vital thing to understand before you get started on designing and developing your own board game: why people play. Because the people who sustain the independent gaming world are committed, serious players, even while the first objective is always to have fun. People play games for the same reasons they go to the movies or read books: for excitement, for escape, to learn about themselves and others, to take risks and have experiences they would never take or have in real life. They also play to test themselves, to build their skills, and to increase their knowledge. But for many, board games are also about social interaction, making friends, and being part of a community. These are all things you need to know and understand if you want to create a board game that people will love to play and keep playing even years from now.

Can you make money with a board game?

But just because most indie game designers are motivated by passion and community, doesn’t mean you can’t make a living at it — or at least a healthy side income. The independent game industry is valued in the billions of dollars. Just like independent book publishing, there’s quite a spread from a few bestselling millionaires at the top down to a handful of disappointed folks who never made it. But most indie game designers who do their homework and keep trying and improving, meet with at least moderate success eventually. So, if you want to, you can sell and distribute your games and make a comfortable living at it, too.

The first step toward board game design

So, the first step to take before you get started in board game design, is to get involved in the board game community and play lots of independent games. Go check out your local game stores, turn up at your nearest game night, join a club, go to a few conventions. Get plugged in. Discover your own passion for board games and get involved with the community.

This is so important because unless you’re involved and passionate about board games, it will be tough to find the ideas, energy, and enthusiasm to do all the hard work that’s involved in creating a good board game that people want to play. It also makes business sense if you hope to self-publish your game. It’s the community who will back you and eventually buy your game. It’s a no-brainer to be part of that community if you want their support.

If you feel you’re ready to dive deep, then read, How to Make Your Own Board Game: The Complete Guide for Beginners. It’s a long-form, in-depth post that covers every aspect of board game design and development. You may want to book mark it and come back to it several times as you work through it. It will save you a lot of money in expensive books and courses, too!

When you’re ready to print your board game and manufacture your components, talk to us. We’ve got over 25 years’ experience in the industry, helping independent creatives just like you to realize their dreams. It’s free to talk and when you’re ready we’ll give you a no-obligation quote on the work, so that you know upfront exactly what’s involved. We can’t wait to work with you!