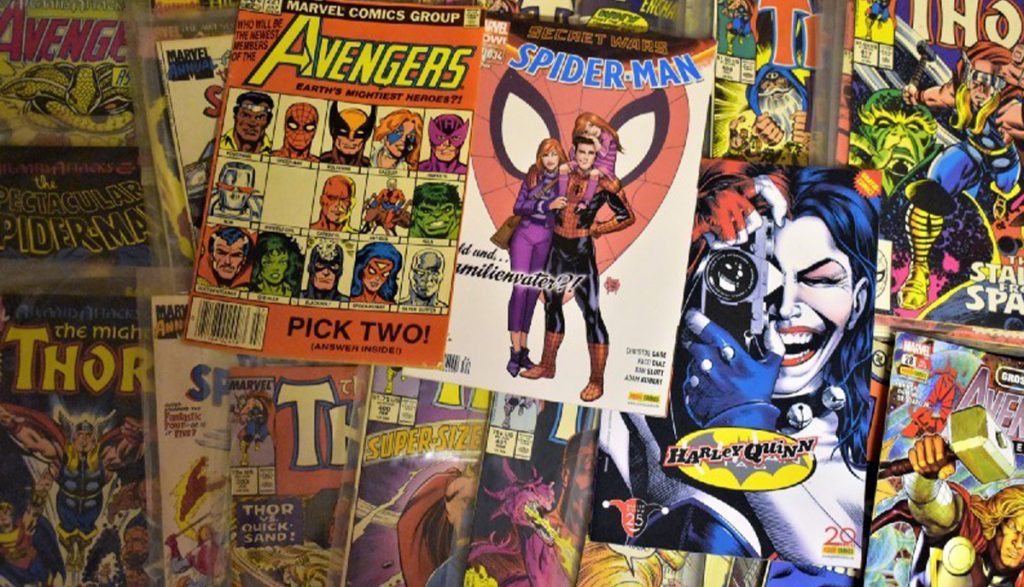 Photo by Waldemar Brandt on Unsplash

Writing a comic book series presents particular challenges. You’ll need to make sure that there’s enough “meat” in the overall storyline to carry it through several complete narratives toward its conclusion. Comic book series can run from a handful through hundreds of episodes. It’s quite an undertaking, but with the right knowledge and careful planning, you can do it. In this post, we’ll take you through the fundamentals of how to plan a comic book series. Let’s dive in!

If you’re attempting to write a series, we’ll assume that you’ve already written at least one complete standalone comic book with a full-length plot. To write a series is like writing a single story that completes in one book, but it needs an extra layer of narrative structure. Clarifying this point in your mind is the first step in developing a solid plan for a successful comic book series.

The series arcs and the episode arcs

In a standalone comic book story, you need an overall story arc which carries and contains all the action within it and encompasses the situation at the beginning and the situation at the end. The starting situation will have two aspects: the external situation and the internal state of the protagonist. Everything that happens in the story — the plot — serves to take the protagonist on a journey of struggle and transformation, both internal and external, until they arrive at the last situation where the story ends.

The protagonist’s internal struggle is against their weaknesses, their false beliefs, their fears, their prejudices, and their mistaken ideas, for example. The external struggle is against the bad guys, forces of nature, unexpected events and obstacles that stop them from easily achieving their aims. Combined, these provide what’s called “the story arc”. It’s an arc because there’s increasing tension, raising the stakes, the need to confront and overcome ever greater difficulty until the story reaches a climax — usually a final battle between the protagonist and the antagonist — and then the “wind down” to the story’s final resolution.

In a comic book series, you’ll need to have two sets of these inner and outer arcs. The overall series arcs and the lesser episode arcs. Each of the episode arcs should be a satisfying story in its own right, but carry the series arc forward without resolving it yet.

How many episodes should a comic book series have?

A comic book series should have as many or as few episodes as you like. But seven episodes are a good starting block. Ongoing series — like many of the most famous superhero stories — are slightly different as the protagonist’s inner arc either remains unresolved or its resolution leads to a new internal struggle which kick starts a new arc, and so on.

Just as you divide a standalone comic book story into three acts, usually following the same basic pattern as a screen play for an animated movie, which is 25% for Act One, 50% for Act Two, and 25% for Act Three, you can do the same with your series and episode arcs.

Say you’re planning a seven-episode comic book series, you can divide the episodes into three acts, like this:

Then, within each episode, you have three acts again. The acts within the episode complete that episode’s story but only carry the overall series arc to a certain point. You’ll be familiar with several classic ways of doing this.

For example, the series arc might be a will-they-won’t-they romance which is only finally resolved at the end of the last episode. In each individual episode, the two protagonists must work together to confront and overcome various bad guys and monsters. Each of these episodes is a story in its own right, but it’s in these encounters that they first realize their feelings for each other, get separated or fall out, and eventually resolve their conflicts and confirm their relationship. Another is the overall quest aim — to find a missing person, to get back to a home planet, to retrieve a stolen object. Each episode — a complete story — leads the protagonist closer to their goal and, at the end, they achieve their aim.

Go back to your favorite comic book series and make notes. Ask yourself the following questions:

Now, that might seem like a lot of work — maybe even like going back to literature class! — but analyzing your favorite comic book series like this is the best way to understand how professional comic book series writers do it. Learn from them.

World building and scale in a comic book series

World building is one of the most enjoyable aspects of making a comic book and it’s even more exciting when you’re planning a series. In a standalone story, if your world is too sprawling with too many locations and changes of scene, it can confuse the reader and reduce the impact of events. But when you’re creating a comic book series, you have broader scope and can build your world on a grander, more complex scale. Think of all the science fiction stories which take the heroes to many planets, each with its own life forms, atmosphere, challenges, and adventures. Or the fantasy epics which range across mountains, subterranean caverns, dark forests, quiet valleys, and far-flung islands as the story unfolds.

Another important decision you’ll need to make when you’re working out how to plan a comic book series is about your cast of characters. Your protagonist will be in every episode, of course. But will there be other key characters who, while they might not be in each episode, are essential parts of the overall series arcs? For example, the antagonist, perhaps a love interest, a buddy, a sidekick, or a guide or mentor character.

While the main arcs of the series and the individual episodes always belong to the protagonist, any other characters will need their own subplots and backstories, their own inner and outer arcs. So, these will need to be planned as you work out your main character’s story for the complete series and for each episode.

So, there you have it. That’s how to plan a comic book series. As you can see, you can extend this process almost indefinitely to make mega-series with hundreds of episodes, but we recommend creating a seven-episode series if you’re new to the process. We hope this advice is useful and we look forward to reading your comic books.

Self-publishing or running a Kickstarter campaign? Talk to us!

At QinPrinting, we help independent comic book creators — both writers and artists — to produce beautiful, professional comics to self-publish or send to their crowdfunding supporters. When you’re ready to go to print, talk to us. We’re a friendly, expert team which has tons of experience making amazing comics. We’d love to help you make your comic book series everything you dream it can be.